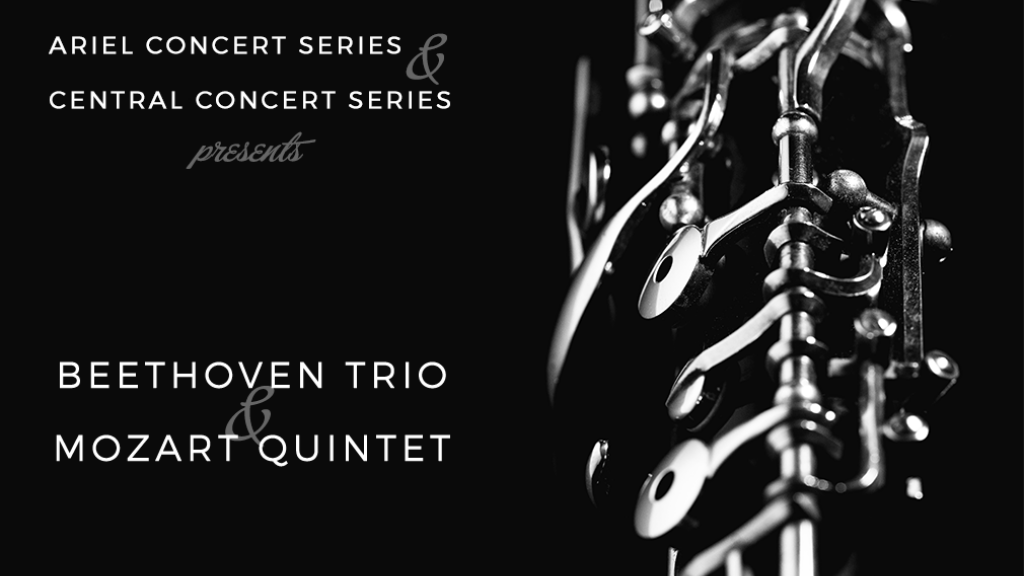 Music is not only a leisure activity, it also has the ability to heal.

The Ariel Concert Series began in 2020 to share the beauty of classical music through free concerts across the Saint Louis community as a counterpoint to a stressful world. Central’s own Matthew and Jennifer Mazzoni will join members from the SLSO for this concert including works of Mozart and Beethoven.

The program for this wonderful evening of music includes Beethoven Trio for Flute, Bassoon and Piano WoO37 Mozart Quintet for Piano and Winds in E flat K45

In addition to our very own Matthew and Jennifer Mazzoni, the evening's musicians will include:

Tzuying Huang (Clarinet): Tzuying Huang was appointed the Bass Clarinetist of the St. Louis Symphony Orchestra in February, 2015 under music director David Robertson, and since 2019, has also held the position of Clarinet/Bass Clarinet with the Britt Music Festival in Jacksonville, Oregon. Ms. Huang is also the Artist Director of the Ariel Concert Series.

Victoria Knudtson  (Horn): Minnesota-born horn player Victoria Knudtson joined the St. Louis Symphony Orchestra as assistant/utility horn during the 2019/2020 season. Born to a pianist mother and singer father, Knudtson found her artistic voice on the horn when she was 16 years old after a coincidental meeting with her first teacher, Wayne Lu.

Henry Skolnick (Bassoon): Henry Skolnick was a member of the Florida Philharmonic Orchestra, in Miami, for eighteen years and taught bassoon and wind chamber music at Florida International University for fifteen years. In addition to his years in the Florida Philharmonic, he has performed with the St. Louis Symphony, and The Los Angeles Philharmonic among others. He currently serves as Principal bassoon of Sinfonia da Camera, a chamber orchestra in residence at the Krannert Center at the University of Illinois Urbana-Champaign.