Message On a Bottle


Summer in St. Louis is not for the faint of heart when it comes to heat and humidity. It can actually be down right dangerous if you are not careful. Well, I happen to be one of those crazy-types who love the heat and humidity. Don’t get me wrong; air conditioning is a modern-day convenience that I take extreme advantage of throughout the summer. But I love to be out in the heat.

For those of you who know me, you are likely also aware that I love to run in Forest Park. Since moving to St. Louis from Chicago in the late ‘90s (don’t worry, I am NOT a Cubs fan), I have run the Forest Park loop relentlessly. The park is truly a crown jewel of our region, and even after nearly 20 years of running it, I have yet to lose a sense of awe for its historic beauty. Whether it be a snow-covered morning in January or a sultry summer afternoon in July, the grandeur of the park captivates me on every run.

I love the heat, and I love to run. And I love to run in the heat. Take a journey back in time with me to the early summer of 2006. My wife Debbie and I had been married about two years, and we lived in a condo in the DeBaliviere Place neighborhood just north of the park. On one particular steamy afternoon, I decided to go out for a run in the park. It was a classic humid afternoon in St. Louis, and toward the end of the run I was really feeling it. A water fountain could not come soon enough. And just as that thought ran through my head, I turned a bend on the trail and saw a group of people ahead handing out water to runners passing by. This is not uncommon in the park. Many running stores and running groups have water stations set up during the summer. As I approached the group, they looked a little bit like the mirage seen from a cartoon…slightly blurry due to the heat but oh so welcoming a sight! I was curious to know who they might be this time; some of the stores handed out Gatorade and I was selfishly hoping for that. An ice cold Gatorade sounded absolutely amazing. The group had about seven or eight people handing out drinks, which was a little unusual. But they were a joyful bunch, smiling and offering encouragement and greetings to the runners as they came through. When I got to them, they handed me a bottle of water. Rats! No Gatorade. But water would certainly do the trick. I exchanged a few niceties with the group, and went on down the trail toward home…and the air conditioning.

After finishing the water, I was about to throw the bottle into a nearby trash can when I noticed an advertisement on it. Trio? Huh. What’s that? I read a little bit more, and realized that it was an advertisement for a local church. I felt a little tiny tug of the Holy Spirit in me as I read it. You see, Debbie and I had been searching for a church to call home for the entirety of our two years of marriage at that point in time. We were both believers then, and our marriage was generally healthy. But we were thirsty for a church family, and we both knew that the lack of church community was becoming a challenge for our newly married lives together. I took the water bottle home and showed Debbie. We looked up the church online. The following Sunday, we attended our very first worship service at Trio, the 5 pm service of Central Presbyterian Church.

Ten years later in 2016, and it is impossible to imagine life without that providential encounter in Forest Park. To say that Central has changed our lives for the better would be a dramatic understatement. I could write pages upon pages of the myriad ways in which the Lord has used Central to grow our faith, to equip us for ministry, and to provide us with a community that we were in such desperate need of.  Our three wonderful children have been baptized here; two of them now attend Central Christian School. At a very young age, they already have a deep knowledge of who Jesus is and what that means in their lives. Six years after becoming members, I became a staff member of Central. I’m taking classes at Covenant Theological Seminary in response to a sense of call to ordained ministry. Life without Central is impossible to imagine.

Friends, Debbie and I might never have encountered the beauty of Central were it not for a few faithful people that were out in Forest Park on that summer afternoon. They were there trying to reach people like Debbie and me, people searching for more in life and in need of the type of community that is found here in this place. We were people searching for the gospel, and we found it at Central because someone was out there to make it known.

There are spiritually thirsty people all around us, waiting for a proverbial cold bottle of water in Jesus’ name. As Easter approaches, I wonder what we might do to invite them here. Is there a friend or neighbor in your life that could be spiritually thirsty? Invite them to Central this Easter. You never know what the Lord might do as you offer them a cold bottle of water, in Jesus’ name.

More from Our Blog 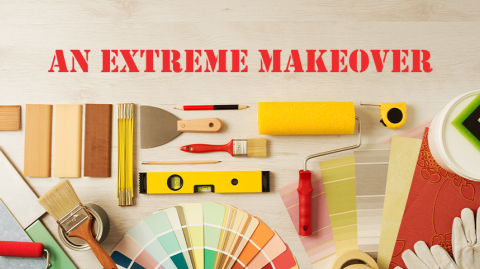 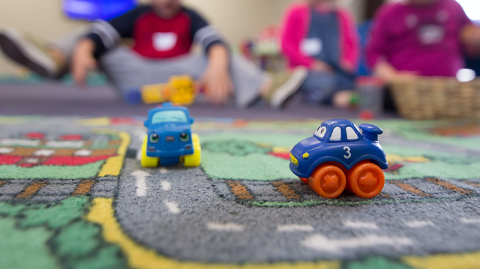 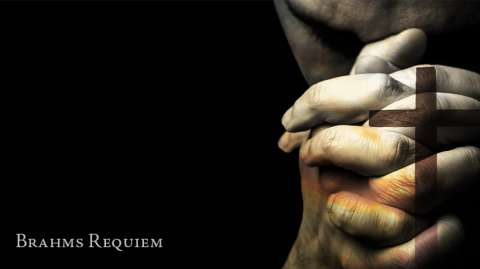 Return to Our Blog